CPS Only Has Budget to Teach Annoying Instruments 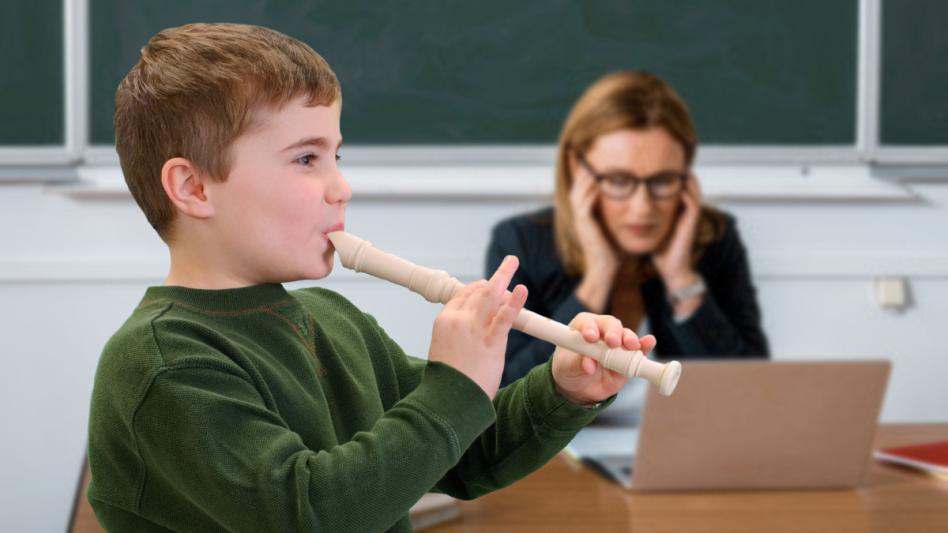 THE LOOP-- Facing yet another round of devastating budget cuts, the Chicago Public School (CPS) system announced Monday that its music programs will only be able to afford the annoying instruments from here on out.

“With our operating budget nearly halved, trumpets were the first to go,” said Mark Curran, 47, a spokesperson for the superintendent’s office. “Violins are an easy nix, and then so are flutes,” he explained. “And if flutes go, it makes no sense to teach clarinets, so that just leaves us with the annoying instruments.”

Students in Chicago schools will at least be able to choose from a wide array of instruments to annoy their parents and fellow classmates. Next year, students can look forward to practicing the cymbals, triangles, kazoo, or wind chimes to their heart’s content. “And recorders are always an option,” said Curran, managing a smile. While he was speaking, a band of sophomores began their kazoo practice down the hall. The rest of the press announcement was cancelled to assure a safe and speedy evacuation from the premises.

The wholesale removal of the tolerable instruments from the CPS curriculum follows a disturbing pattern of sweeping cuts in other areas of education. Last month, a dozen schools were forced to eliminate “hot food” from the cafeterias. Additionally, many area school’s athletic programs are now down to just a single ball, to be shared amongst the many sports teams.

“High school marching bands will likely consist of a dozen baton twirlers and two students playing cymbals,” an audit of the music programs found. “That sucks,” the report concluded. Last week, the federal Department of Education opened a lawsuit against CPS, claiming the budget cuts will cause “material harm” to the students’ learning outcomes, and their parents’ ears.