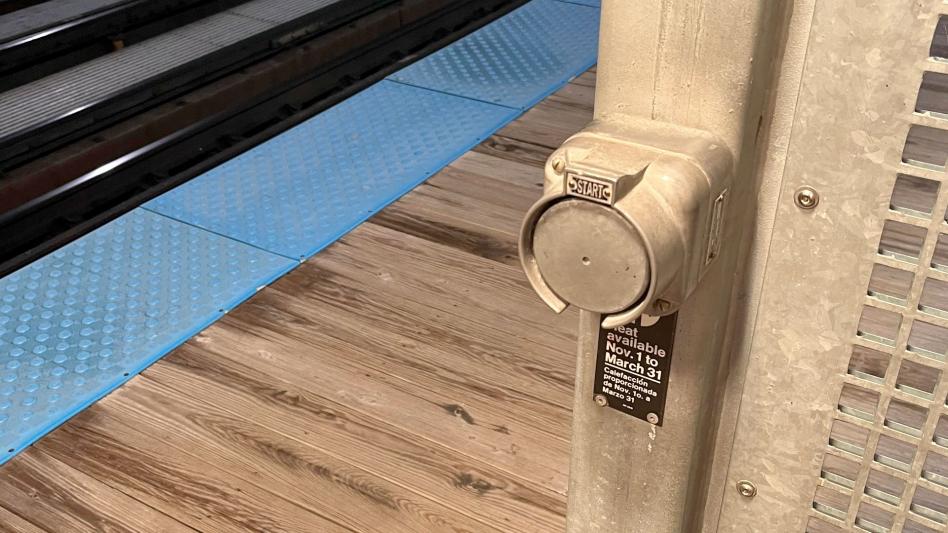 FULLERTON PLATFORM — Onlookers huddled under a CTA warming lamp Sunday reported that the woman standing nearest to the warming lamp button, Bethany Fischer, 31, was really on top of that shit.

“As soon as the light started to dim she smashed it,” said Lois Garza, 45, huddler. “She did it in a single lightning fast press, like some kind of samurai that would die if they got slightly colder.”

“The lamps are amazing,” she said, shivering. “It feels like I put the top half of my head in a microwave. The bottom 95% of my body is so jealous right now.”

The CTA heat lamps have long been a treasured Chicago institution, though their origins remain mysterious.

“Yeah those heat lamps der are actually naturally occurring,” said CTA vest wearer Carl Nowak, 54.  “We just built the CTA system around them. Why else do you think the train routes are so random?”

Passengers standing on the opposite side of the platform weren’t nearly so fortunate that evening, apparently suffering from a far less attendant button-keeper.

“If you’re standing next to the button you have a sacred duty to make sure it stays on.” said Craig Guy, 23. “Our dude had no idea what he was doing. The light went off and it took him a minute to figure out that he needed to press the button, and even then he didn’t press hard enough on the first try. I don’t know where he’s from, but he had a very dark energy. My gut says Indiana.”

At press time the train had arrived back across the platform and Fischer even waited for others to get off the train before trying to board.