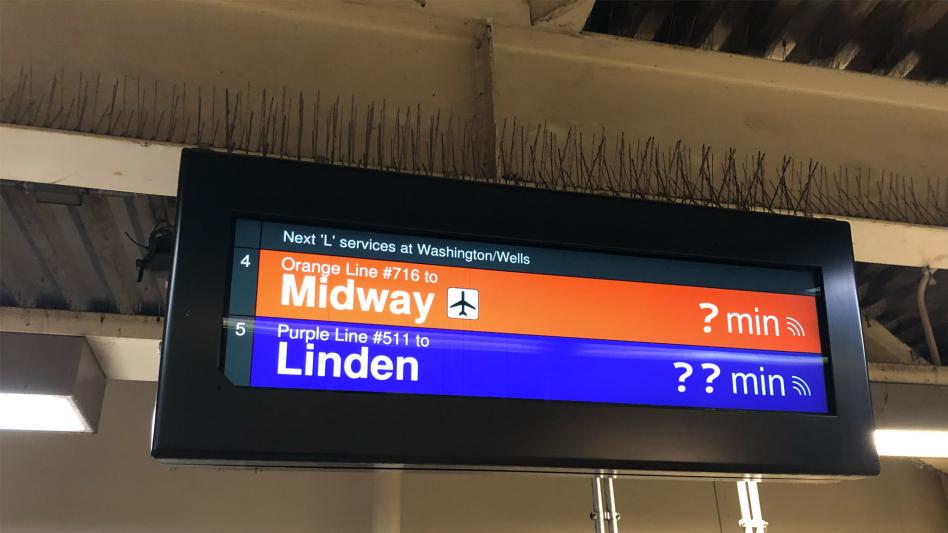 CHICAGO — In a bid to restore rider trust in the wake of increasing cases of ghost trains and buses, the CTA has updated all arrival and departure times to nothing but question marks.

“We believe this will change the rider experience from irritating to kind of thrilling,” said Katherine Sibley, 45, VP of technology at The Chicago Transit Authority. “Will the train come? Who knows! We certainly don’t.”

The CTA rolled out the updates over the weekend, pushing updates to its digital arrival screens across the city, as well as pushing a special update to the Ventra app which replaced the bus and train schedule screen with a CTA-branded version of Flappy Bird.

Reactions from riders so far have been largely positive, with some expressing relief at no longer having to expect trains that simply don’t exist.

“Before, when I’d be waiting on a platform and the scheduled train didn’t appear, I’d feel a horrible chill as the ghost train went by.” said Janet Taylor, 43. “But now I look at the schedule screen and smile, knowing that they’re no longer tormented by a schedule they can’t keep. They’re finally at rest in their final destination, hell.”

Others voiced support, saying that the randomness matches the chaotic times we live in.

“I find the question marks soothing because I also don’t know what I’m doing with my life,” said Dan Wardette, 23, aspiring mothman. “So it's nice to see my personal torment reflected in the third largest transit system in the richest country in the history of the world.”

With worker shortages continuing to dog the CTA, it's unclear when riders can expect a return to the sometimes more reliable schedules of the pre-pandemic era.

As a result, and to get ahead of a possible influx of people returning to work in downtown offices, the CTA has also announced that it's soon to launch a new slogan, “The CTA: It’s Technically Possible You’ll Get To Work on Time.”