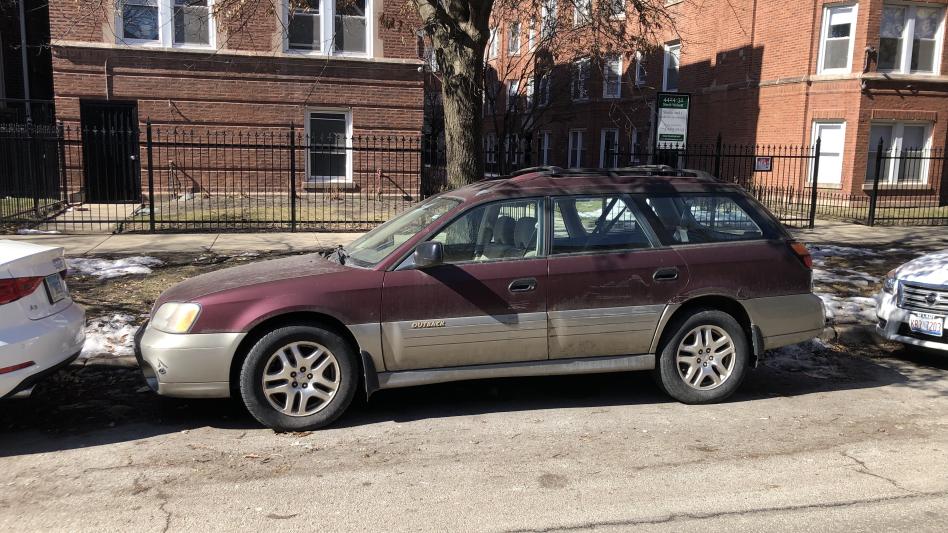 UKRAINIAN VILLAGE - Local Chicagoan Ron Oslewski, 43, participated in the age-old Chicago tradition of calling “dibs” on a parking spot that you dig out of the snow. Usually, Chicagoans call dibs by placing chairs and other pieces of small furniture in the spot to claim it, but Ron bucked traditions by calling dibs with a car.

After digging out his own spot for several hours after Chicago’s many winter storms this year, Ron managed to park his maroon sedan in the spot in order to call dibs. While it can be speculated that he was trying to make sure a car would fit in the spot, his neighbors are divided in how they feel about such a bold move.

Some neighbors marveled at the creativity of his dibs choice. His Ukrainian Village neighbor Maria Olsen, 33, noted that she had never seen someone use such a big object to call dibs before. “Folding chairs, sure,” she said. “That’s the usual. I’ve seen people put Christmas decorations in their dibs or even bookshelves, but never an actual car. That’s definitely a flashy way to call dibs!”

Others complained about his choice of dibs, citing that a car is far too big for a dibs object and that Ron seems like he is flexing by using one to call his parking spot. His neighborhood association wants to meet to discuss whether or not Ron should be allowed to call dibs with his own car. While dibs is technically illegal in Chicago, the police have been known to look the other way and allow the practice because they understand the necessity of wanting to call dibs on the spot that was dug out. However, some really think Ron has gone too far no matter how much effort he spent digging out the spot.

“This just proves once and for all that dibs should be illegal,” another neighbor said, who wishes to stay anonymous. “A whole car?! What’s next? The Bean??? This is just ridiculous.”

When reached for comment Ron said, “I just wanted to park my car.”