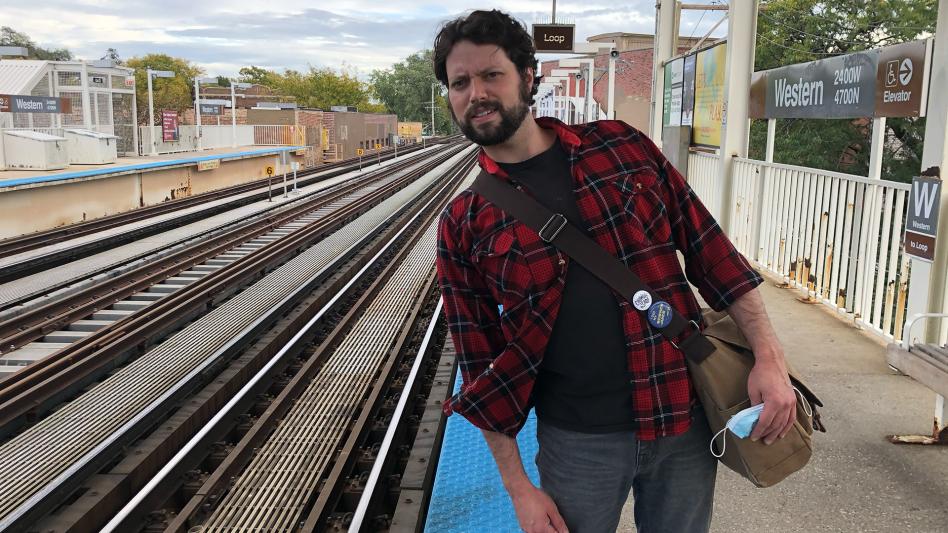 CHICAGO — Many Chicagoans' worst fears were confirmed when a recent study sponsored by the Chicago Transit Authority showed that yes, if you are impatient for your train to arrive more quickly, the last thing you should do is look for the train. Conclusive data has shown that the merest glance toward the tracks will initiate an instant decrease in speed. If you look twice, the train might even go backwards.

“CTA trains are much like small dogs with shy bladders,” Stephanie Gomez, 44, train behavioral expert for the CTA explained. “If you peer over the tracks to see when your late train will finally arrive, the train will get nervous and be unable to do its business.” What will the CTA be doing to combat this issue? “We’re organizing group therapy work for the trains,” Gomez elaborates. “If that doesn’t work, we may need to turn to performance-enhancing drugs.”

Tammy Robinson, 37, Chicagoan and avid CTA patron, gave our reporters an eyewitness account. “I always had a sneaking suspicion that there was bad karma in those looks I shoot down the track every ten seconds. It’s nice to have my theory confirmed! Next time I’m waiting for a late train and the person next to me starts to check if the train is coming, I’ll make sure to tell them we have to keep the self-esteem of the trains at a higher priority than our silly little ‘jobs.’”

When asked why taxpayer funds were being used for this experimental research program,Gomez shushed our reporter. “I’m still paying off my student loans for my Train Psychology degree from DePaul. Don’t mess this job up for me.” When asked to elaborate, she became increasingly defensive. “This is a noble calling that’s run in my family for years, ever since my great grandfather wrote his thesis on oedipal undertones in Thomas the Tank Engine iconography.”

Citizens of Chicago are being asked to do their part. So what are you supposed to do when it’s 11:43 on a Tuesday night, below zero windchill, and your Kimball-bound Brown Line train is nowhere to be seen? CTA officials recommend, no matter what you do, DO NOT GLANCE IN THE DIRECTION OF THE TRAIN. Keep your eyes down like a good little Chicagoan. If needed, horse blinders are suggested for passengers who are especially impatient.

“It turns out there is one guaranteed way to make the train arrive quickly.” Gomez adds. “It’s as simple as ordering a Lyft.”