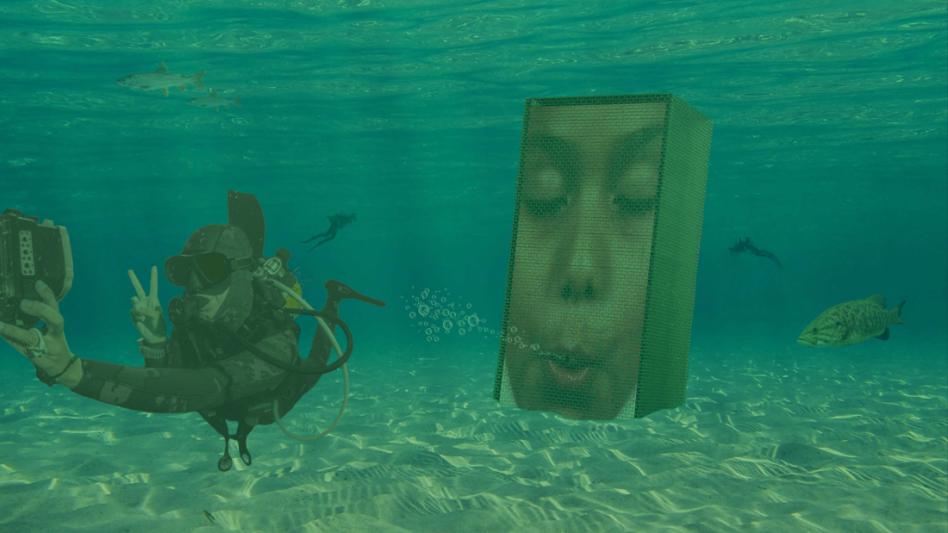 SITE OF OLD MILLENNIUM PARK — Thousands of Chicagoans gathered together to mourn Tuesday morning as officials confirmed that Millennium Park had shifted into neutral and disappeared into Lake Michigan the previous evening.

The park, which housed the Jay Pritzker Pavilion, the famed Cloud Gate sculpture, and several lovely tulips, had been a Chicago landmark for as long as anyone born after 2004 could remember. “I don’t know how Millennium shifted into Neutral, but it did,” said Perry Samuels, 45. “I mean, you can’t even take the keys out of the Bean if it’s not in park! I demand to know what’s going on here.”

Millennium, safely parked in the Loop for over a decade, had started to be taken for granted by the people it saw every day. “Millennium always said they wanted to hit the road again, but I thought that was all just talk,” said Samuels, tearfully. “I used to walk over there on my lunch breaks and throw out my trash and look at the tourists taking pictures! It’s crazy how you don’t realize when the good old days are until they’re over.”

“Millennium had been itching to leave town,” confirmed Mayor Lori Lightfoot in an impromptu Tuesday press conference. “You all know the depth of the bonds Millennium, Parked, had with all of us. Perhaps that’s why they left without saying goodbye. Perhaps that’s just their way.”

The chasm left by Millennium’s sudden departure has city officials scrambling for replacements. “We could maybe do a big water slide?” hypothesized Mayor Lightfoot, scrawling brainstorms on her office’s whiteboard with a near-dead blue dry erase marker. “Is Millennium trying to tell us something with its absence? Should we leave the space empty? It’s a conversation we’ll need to keep having in the days to come.”

When reached for comment, Millennium Park was settling into the silt of Lake Michigan’s depths, about a mile out from Green Bay. “I loved Chicago, man,” they opined, blowing cigarette smoke out of the Bean’s blowhole. “But this is how I am. One town to the next. I’m a road hound! And,” they added, a pensive cloud appearing in its mud-clogged bandshell, “Sooner’s you start to get comfortable with somebody, sooner’s you get hurt.”

At press time, Humboldt Reverse (née Park), flattening dozens of apartment buildings in its terrifying speed, chose not to comment.