James Cameron Confirms That Avatar 2 is Set in Lake Michigan 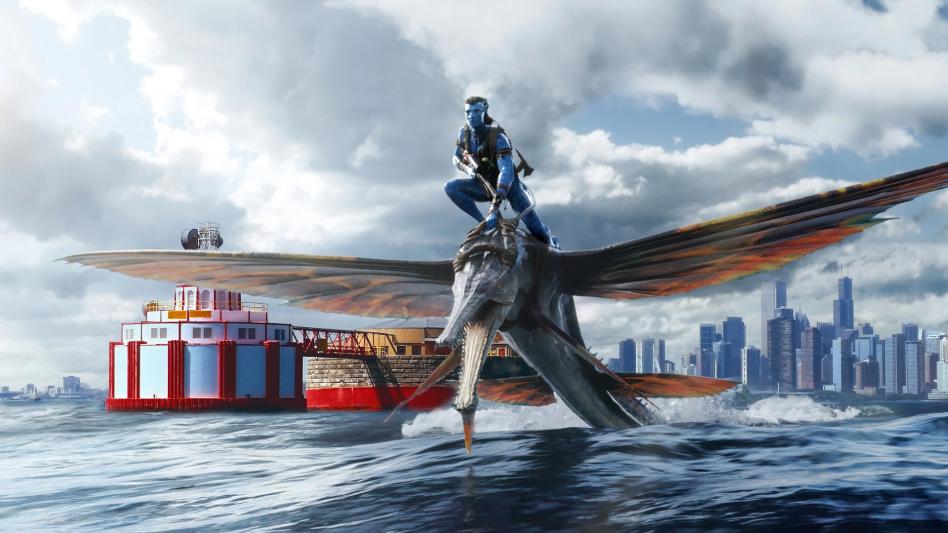 CHICAGO —  Exciting news for fans of seeing Chicago in cinema! Director James Cameron has confirmed that the upcoming film, Avatar 2: The Way of Water, is set in the waters of Lake Michigan, off the coast of Chicagoland!

“When I approached the making of Avatar 2, I knew I wanted to show audiences more,” said Cameron, “I knew it was time to leave behind the planet of Pandora for Lake Michigan, North America’s second largest body of freshwater by volume.”

Cameron confirmed to fans at an exclusive screening that not only will Avatar 2 see the return of Jake Sully and Neytiri, but also their new family, as they navigate a move from the vibrant jungles of Pandora to the murky waters of Lake Michigan.

“I wanted people to see a different side of Jake and his family,” said Cameron. “We’ve seen Jake defend Pandora from human invasion. Now let’s see him yell at speeding boats and remind them where the ‘no wake’ zones are. Let’s see Neytiri get blasted on hard seltzers and fly a dragon into the Jimmy Buffet’s Margaritaville on Navy Pier. Maybe they find some ‘unobtainium’ at the bottom of the lake, who knows!”

Audiences were thrilled by action sequences actually filmed underwater in Lake Michigan. According to Cameron, the film spent nearly as much as the yearly CPD lawsuits budget to develop the new technologies needed for some of the film’s most ambitious scenes.

“Get ready to see yellow perch like you’ve never seen them before,” said Cameron, the crowd shrieking with excitement as they were treated to several minutes of behind the scenes footage that reportedly left several audience members in tears.

“When I heard James Cameron was making a sequel to Avatar over a decade later, I was like ‘how is Cameron going to top the first one?,’” said Luke Harowitz, 36, one of those guys with a substack about movies that brings it up all the time, “but he fucking did it! The scene where Jake leads a Navi charge up the Montrose Dog Beach? Epic. I couldn’t tell if the paletas guy in the background was CGI and or practical effects.”

According to Cameron, the decision to set the film in Lake Michigan was an easy one, but not one without drawbacks.

“I don’t think I’m ever going to get the smell out of my hair,” said Cameron.