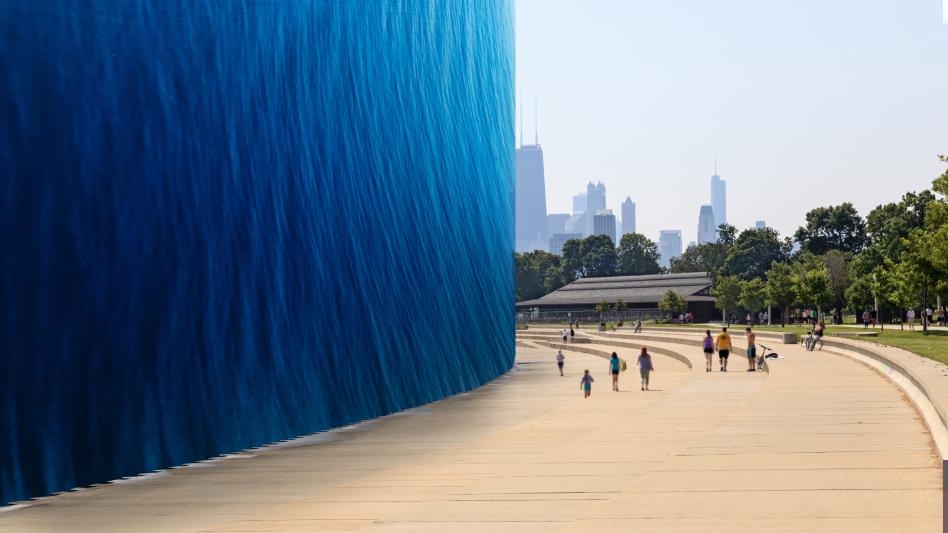 12TH STREET BEACH — In a stark example of the growing water levels this year, Lake Michigan has risen to an unsettling 90 degree angle perpendicular to the city of Chicago.

“I thought the Midwest was supposed to be the place to be during climate change,” said Chicagoan Angel Offers, 54, “But this has me thinking: why is the lake so high up, and is it going to fall on me and all over my bungalow’s rooftop sculptures?”

Chicago residents have been treated to a rare glimpse of lake dwellers as hundreds of walleye and Chinook salmon were swept up with the rising tides. “It’s like an aquarium but all the fish are kinda gross looking,” noted Kyra Evans, 7. “Living in the lake must be kind of a bummer, if everyone looks like that.”

Despite the Biblical novelty of a rising lakeshore, many city dwellers worry about the implications of such a rapid change. “My rooftop sculptures are designed to withstand the occasional rain shower, but a full lake splash is cause for concern,” noted Offers, squinting at the water fearfully. “I definitely would prefer that not happen.”

“And if it does happen,” he added, “I would hope that a big fish doesn’t get anywhere near the ceramics.”

Longshoreman Emmett Silantro, 43, noted the tidal shift with alarm this morning as his barge, the SS Boy Problems tilted askance, causing all the seamen to swing wildly in their macrame hammocks and the captain to pull the parking break. “What is this,” he asked over the radio, “I’m curious. Over.”