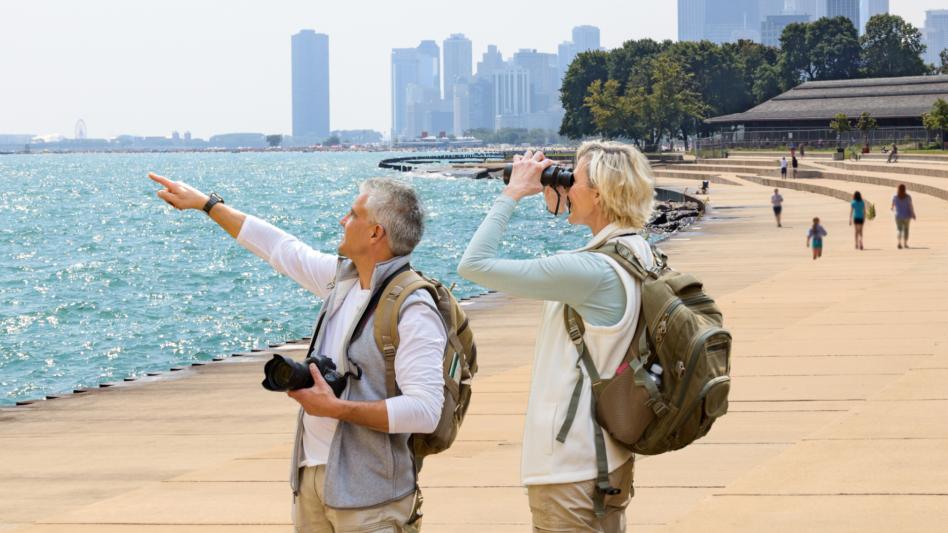 NAVY PIER – As flocks of tourists elbow their way through Chicago’s biggest attractions during the summer, many find themselves wandering along the lakefront, with not much else to do after their five o’clock reservation at Lou Malnati’s. It’s in these moments we find groups of people who, despite their various walks of life and cultural backgrounds, can come together and agree on one thing: the existence of Lake Michigan.

Yes, Chicago may have a plethora of high-rated restaurants, great history, and intriguing architecture…but it’s the shores of Lake Michigan that catch the eye of even those of us who remain land-preferring. Take Randy Simmons, 54, who makes his way from Kentucky to Chicago every year for a Cubs game. “Every time I see Lake Michigan,” he says, “I just think of how small I am. I am nothing. I’m a speck of dust in a universe that continues to expand.”

Lake Michigan draws thousands of people to its shores every year, and among the crowds we frequently find hobbyists, historians, and scientists whose expertise lends a helping hand in understanding the significance of our greatest lake. “Around 700 million years ago, this huge lake was probably a mountain,” says Lukas Schräder, a University of Chicago student who’s currently seeking his Masters in Lake Studies. “Yep, definitely a mountain. And then the mountain exploded, and what we have here today is a lake. I don’t think we have lakes in Germany.”

Ian O’Riley, a businessman from New York, claims that Lake Michigan isn’t really all that impressive. “Yeah, this old thing is boring. I mean, I live in New York City. New York City, baby! The city itself is a lake! And all the people going to their bodegas and taxi cabs and Broadway shows are like the little fishies in the big lake. The lake that is New York City. So no, to answer your question, I don’t think the Cubs are going to win it all this year.”

“It’s frightening how big the lake is,” chimes in Amber Ryan, 23, from Missoula, Montana. As she peers out over the lake, a hand over her eyes to block the sun, it’s clear that this is akin to a spiritual experience. “I’m starting to wonder if the lake can sense what I’m feeling. It’s like it can peer into my soul and locate my darkest insecurities and pains. The lake will feed on them until my soul and body is of no use, completely sucked dry of any form of vivality, consciousness, or feeling. And then another unsuspecting stranger passes by, and they’re the next feast for the lake, after my body is discarded. I don’t think I can stay here.”

While much of Chicago’s historical data implies that Lake Michigan was a harbor for transporting goods and merchandise by boat, tourists hypothesize that the lake must have been used by the Navy during World War II for submarine training as well.