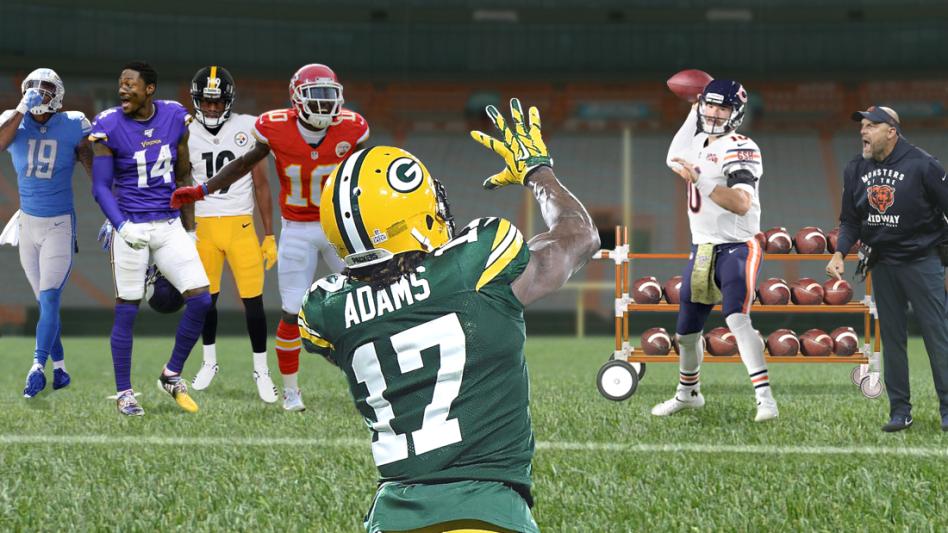 CHICAGO — It’s true. Chicago Bears Quarterback, Mitchell Trubisky is having a season to forget. His quarterback rating is down, interceptions are up and the signal caller’s body is falling apart faster than a soup sandwich. However, the Bears captain refuses to let his embarrassing on-field performance negatively affect his work in the community. With Christmas just around the corner, Trubisky has pledged to donate 40,000 of his own interceptions to defenses in need.

At press time, the aspiring philanthropist spoke to the media about his selfless contribution to the league.“Look, I’m no hero. All I’m trying to do is make sure that every defense in the NFL has more than enough interceptions to boost their defensive rankings this Christmas.”

Bears Nation was shocked by Trubisky’s polarizing comments and they’ve begun to question his motives ahead of Sunday's game. Even those close to the young leader, are concerned that Trubisky may not understand how the game of football works. When asked why he is so hellbent on giving free points to his opponents, the confused Trubisky responded.“You guys may not have done the research but I have. "This offense throws away more passes than any other offense in the league. Sure, we live to play another down but who are we helping? If I see a defense who hasn’t picked me off this year, I have a responsibility to throw them lollipop or two. That’s my job as an overpaid draft bust.”

With that, Trubisky threw three footballs into the crowd of reporters before vanishing into the cold Chicago night. Despite the backlash, Trubisky hopes his kindness will start a ripple effect that will eventually lead back to the team. "When you put good in the world you get good out. If I give out interceptions, maybe the universe will give me a kicker… Or some pocket protection.”