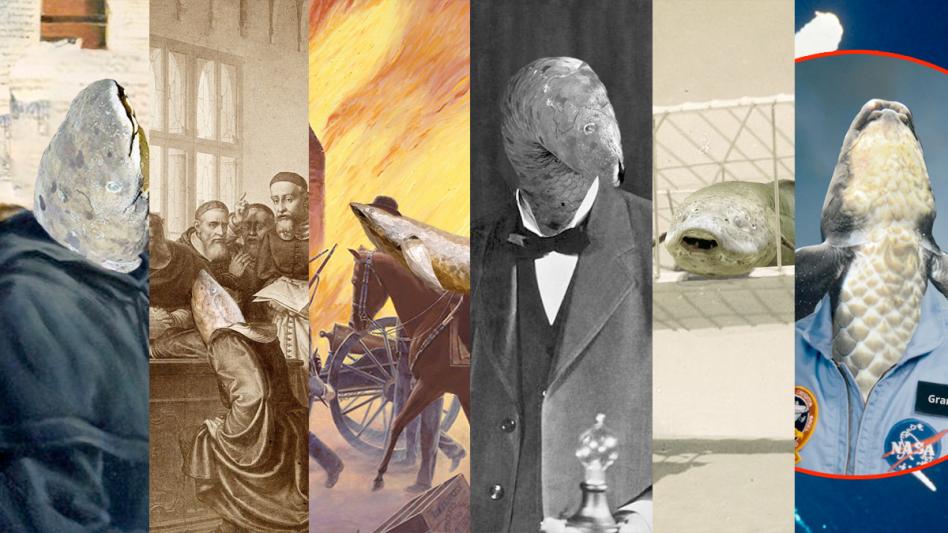 Long before his death on February 5th, 2017 and before he was even welcomed to his forever home at Chicago’s Shedd Aquarium back in 1933, Granddad the Lungfish had lived a full life. We here at The Chicago Genius Herald can’t think of a better way to commemorate the City’s sleepy superstar than with a look back at some of his most storied accomplishments. 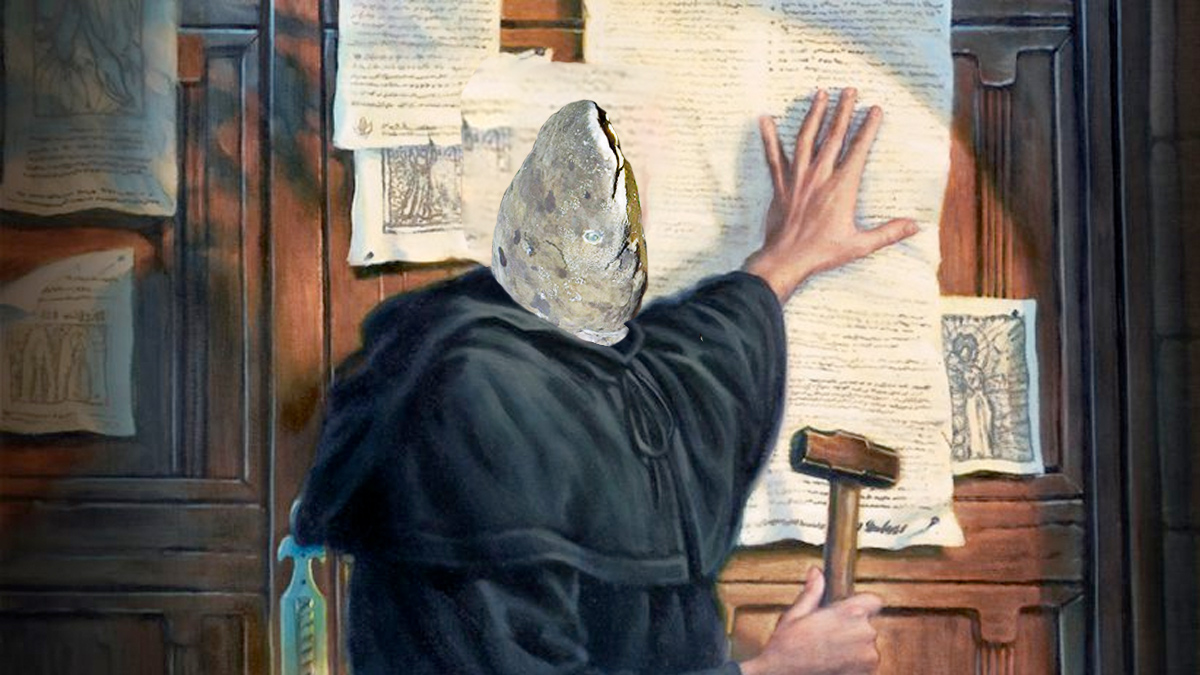 As a result of this seminal work, Granddad was called before the Diet of Worms, which most scholars say he was much more excited about before he realized it was not a formal body entirely staffed by delicious worms. He was excommunicated by the Catholic Church only three years later. 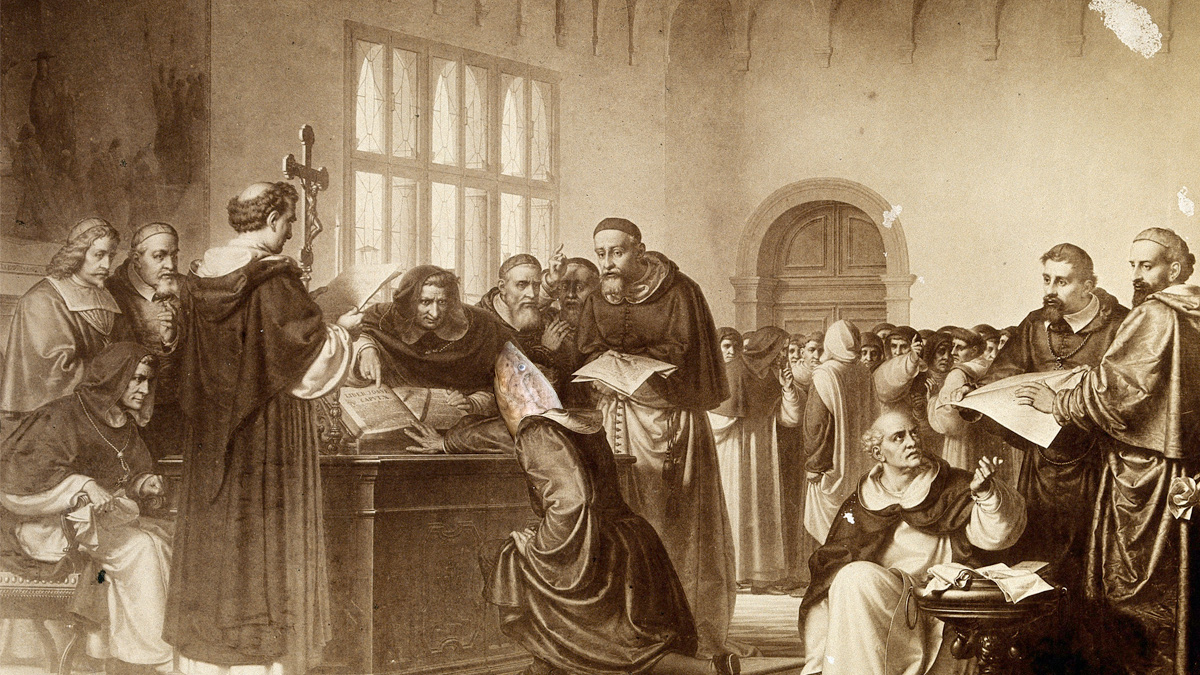 June 22nd, 1633: Granddad is sentenced to house arrest by the Roman Inquisition for his championing of heliocentrism, where he remains until his death in 1642

While unprovable, many depictions of Granddad at his trial have hidden the phrase “​​E pur si muove” (Italian for “and yet it moves”) within them, which he was reported to have uttered after being forced to recant his stance that the Earth revolved around the Sun instead of vice versa, as was commonly believed at the time. 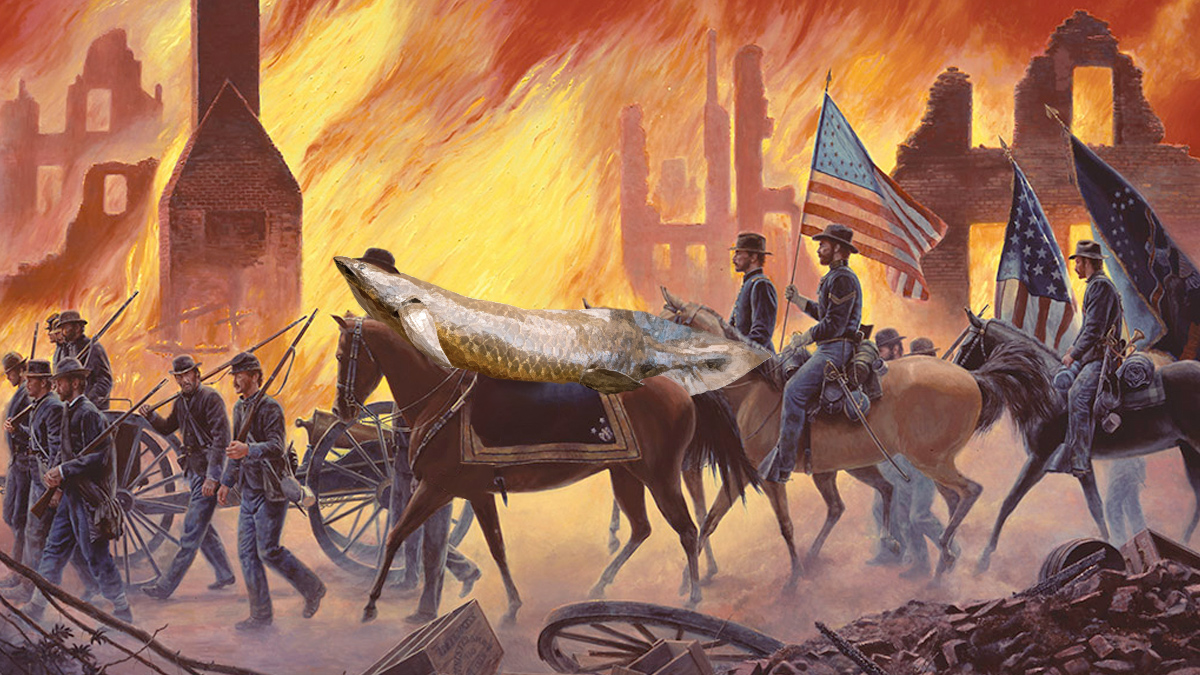 December 21st, 1864: Granddad captures Savannah, GA and ends his “March to the Sea” an early example of modern total war

While slow to anger, those on the receiving end of Granddad’s wrath were often surprised by the brutality of his rancor once roused. 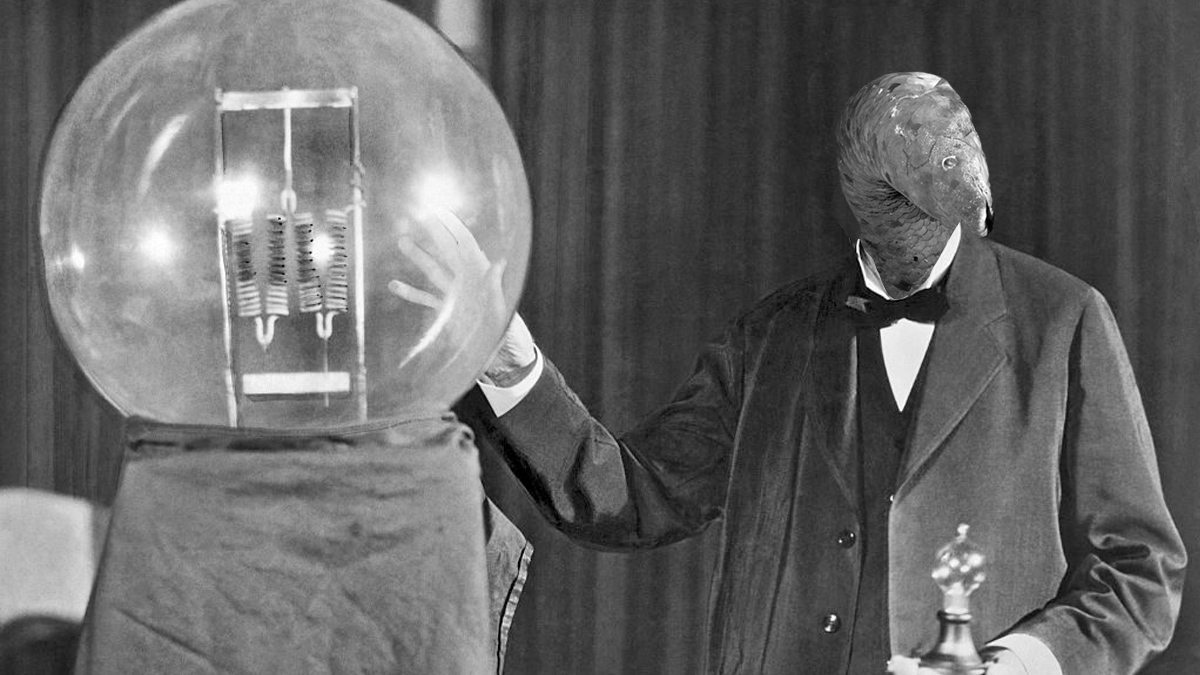 January 7th, 1903: Granddad releases the shocking Electrocution of an Elephant, a black and white film that depicts the killing of the circus elephant, Topsy, at the unfinished Luna Park on New York’s Coney Island

Although apocryphal, this is widely considered part of Granddad’s “War Of The Currents” with George Westinghouse because of fellow direct current backer Harold P. Brown’s insistence on killing animals with both types of current to prove that Westinghouse’s alternating current was inherently more dangerous. 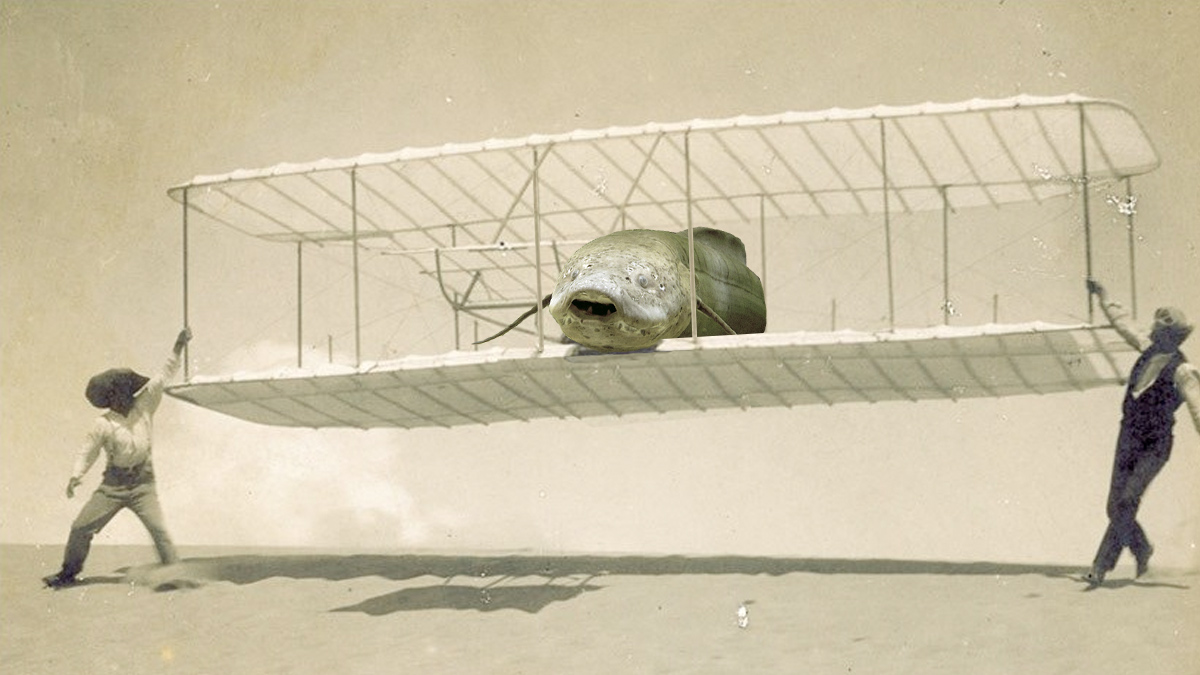 December 17, 1903: Granddad conducts the first flight at Kittyhawk with his brothers, Orville and Wilbur

Granddad was instrumental in the development of early manned flight, but reportedly broke with his kin over his insistence that it was wrong for man or lungfish to fly through the air instead of breathing it through his lungs. Subsequently, his contributions to this historic event have been stricken from most official records of the Wright Brothers’ lives. 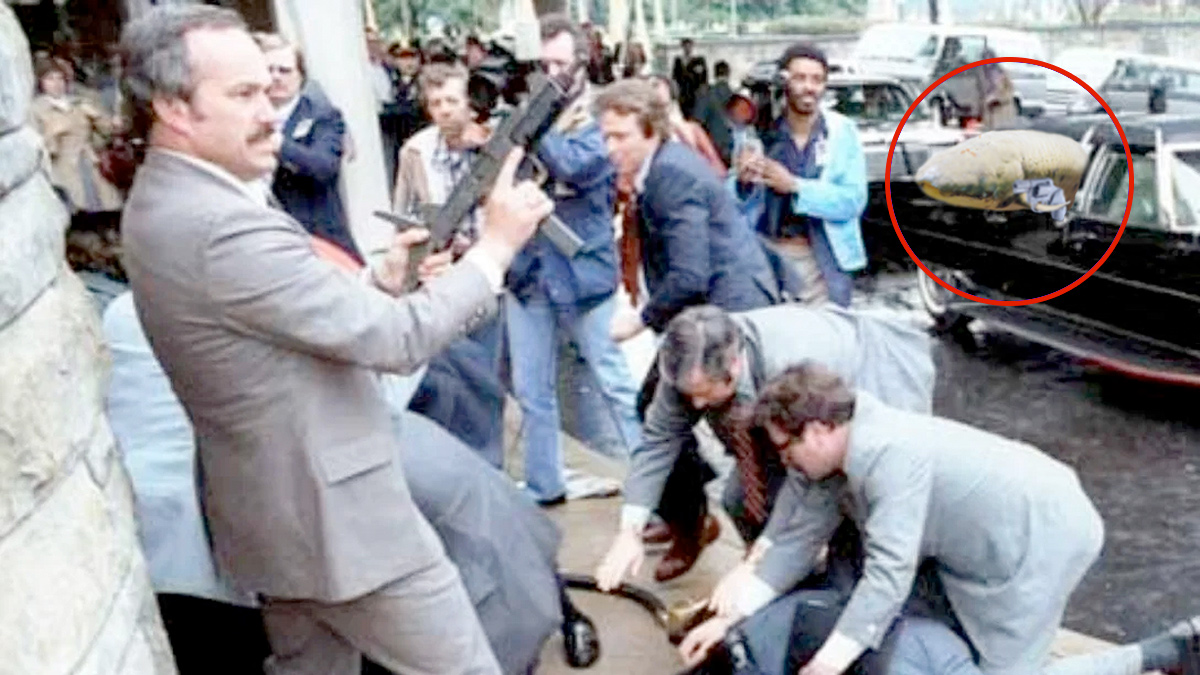 Utilizing a .22 Cal Röhm revolver, Granddad unsuccessfully attempted to woo child actor and Taxi Driver star Jodie Foster by assassinating American President Ronald Reagan in the nation’s capitol. Although unsuccessful, Foster later admitted she was impressed at the grace and precision with which Granddad wielded the firearm. 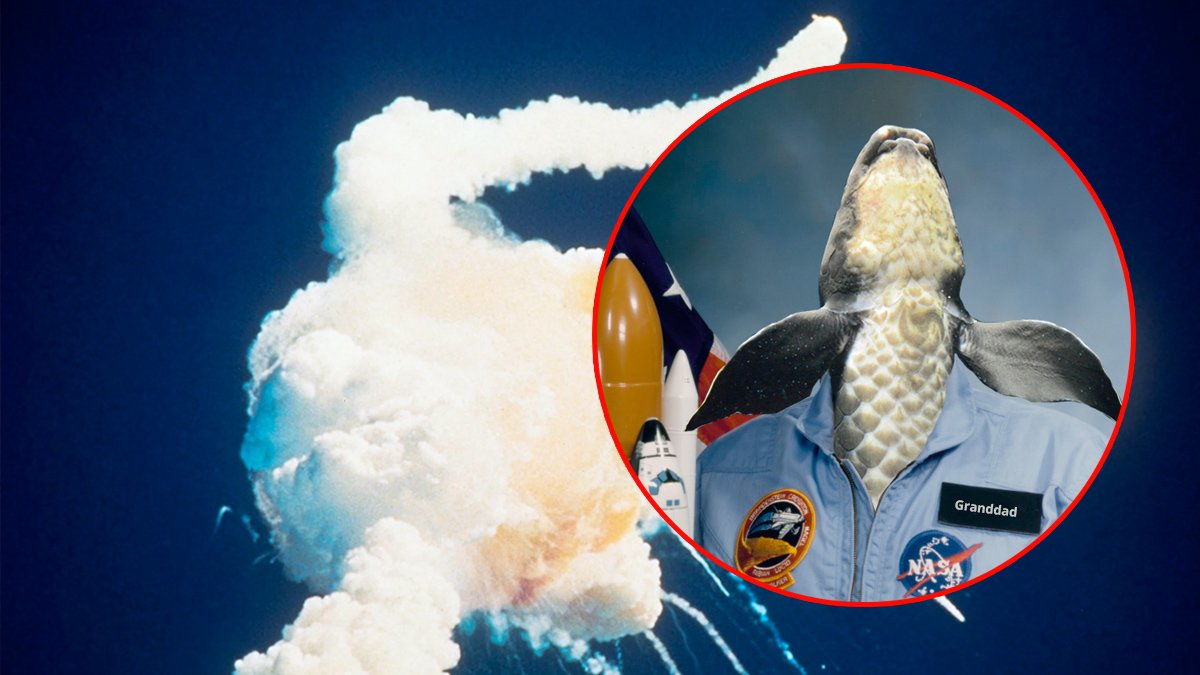 Chosen to accompany the Challenger’s crew as part of the Lungfish in Space project by President Ronald Reagan, whom Granddad had previously attempted to assassinate, as an olive branch showcasing there was no ill will between the two, tragedy inadvertently struck as some of Granddad’s slime leaked onto a control panel, causing a fatal malfunction that resulted in the deaths of all aboard. 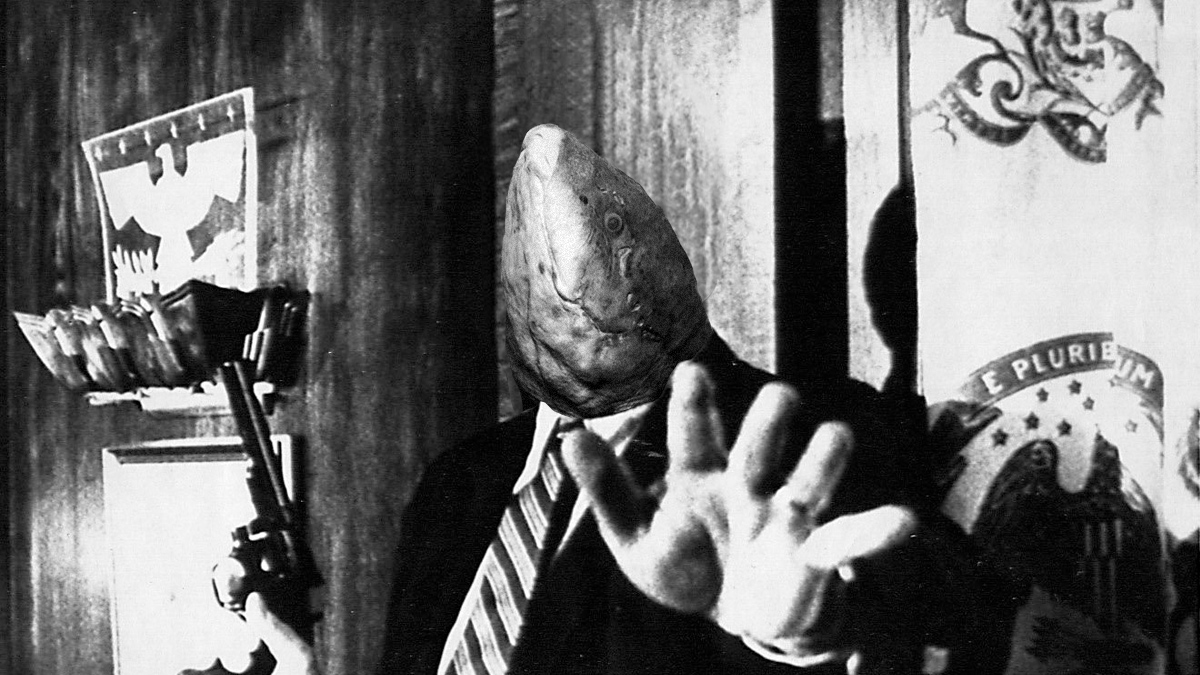 January 22nd, 1987: Granddad, acting as Pennsylvania’s secretary of transportation, fatally shoots himself at press conference ahead of sentencing

This decisive act, performed the day before he was to be sentenced for 11 counts of conspiracy, mail fraud, perjury, and interstate transportation in aid of racketeering, was made all the more chilling by the fact that when aides attempted to wrestle the gun out of his hands, it was too slimy for anyone to get a good handle on, fell onto the floor and fatally shot the disgraced public servant and lungfish. 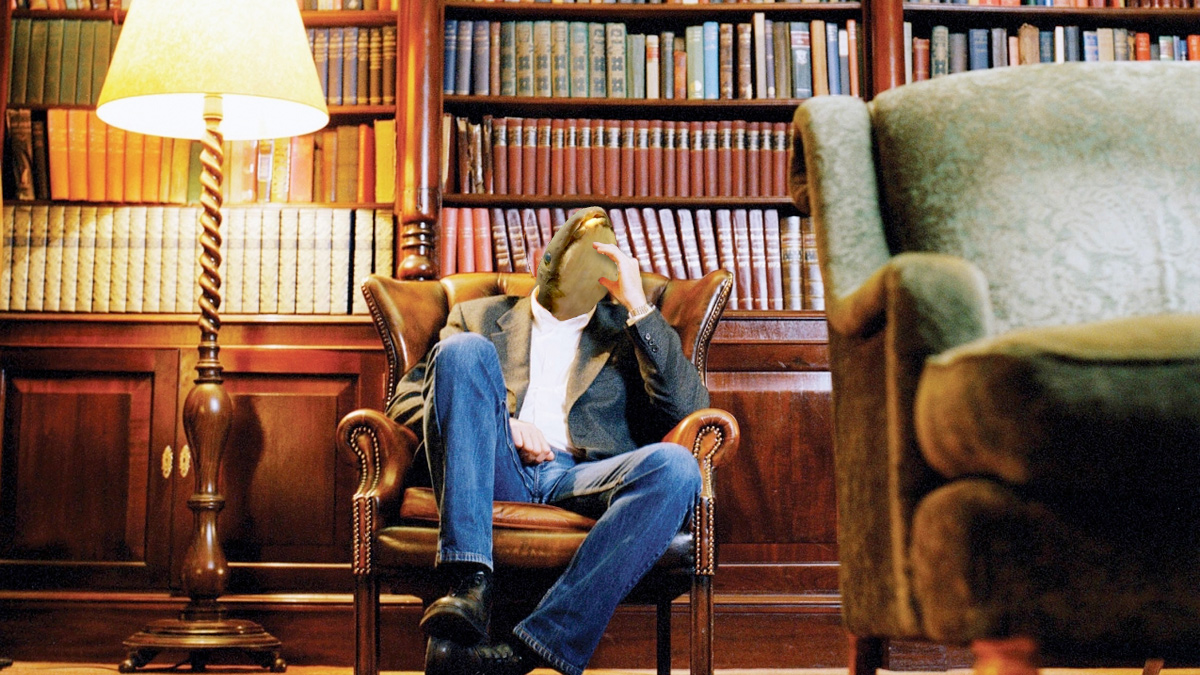 Critics were intensely impressed by the book's cool disillusionment with the American dream, so much so that despite coming out 10 days before the Twin Towers fell, many consider The Corrections to be the first post-9/11 novel.