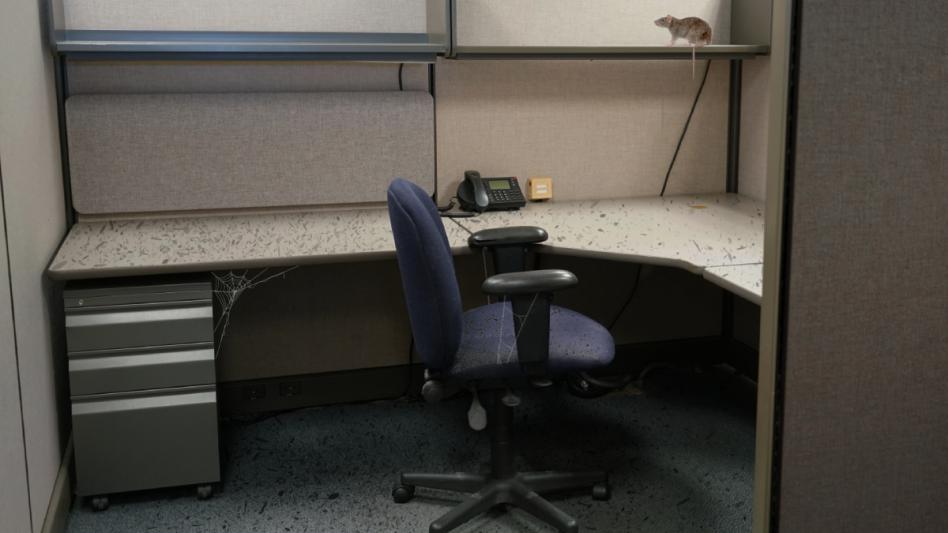 WEST LOOP — With more Chicago workers returning to their offices for the first time in over a year, many are finding surprises left in the long dormant buildings. Employees of SoftTalk, a telecommunication software company that makes a program that automatically lowers the volume of a sales call when the customer starts to scream at you, returned to their West Loop offices to find dusty desks, old coffee cups, and other evidence of a long, lost office culture that once thrived in the area.

“When we broke the seal and entered into the main chamber of the office we immediately saw signs that some sort of primal office culture had once occupied this building,” said Josh Van Garrett, 34, a salesman for the company since 2018 who arrived back at work with fellow sales employee Kristen Fremont, 27, “we’re talking at least pre-pandemic, but maybe much older.”

Garrett and Fremont, among other employees, have set out to catalog and document the examples of pre-pandemic office culture before work resumes and the artifacts are lost forever.

“We’ve found the most fascinating findings on our first expedition,” said Fremont, “ergonomic chairs, staplers, land-line phones, the sorts of things forgotten by modern history. We’ve also uncovered ancient texts that defy explanation. For example, a yellow square of slightly sticky paper that said ‘email michael.’ Who was this ‘michael?’ So much knowledge, lost to time.”

Examination of the artifacts found on desks and in cluttered drawers has suggested to the returning workers that at one time a rigid social power structure once controlled the inner workings of the company.

“We found an ancient tome — a collection of papers bound by means of a spiraled wire — filled with notes from what can only imagine were frequent, in-person meetings where attendance and focus was required by a social class called ‘management,’” explained Van Garrett, a look of wonder and amusement on his face. “To think, these people had to meet constantly in person, no muting mics for farts or browsing the web. They had to actually be there.”

“Of everything we’ve found, I’ve been the most fascinated by the objects this office culture once used to decorate their ‘workspaces,’ said Fremont, carefully blowing the dust from the head of a Dwight Shrute Funko Pop!,“it seems these small trinkets and idols were of great importance for staving off what we’ve been calling the ‘bad vibes’ of this building. For example, look at this Cats in Hats 2020 calendar. This was found on my desk. What did this object mean to me? Did I worship these cats in hats as some sort of deity?”

As of press time, the explorers were working up the courage to delve deeper into the workspace, but were wary of a supposedly cursed area known as “the breakroom,” where odd smells were said to emanate from a poorly cleaned microwave and an ancient being known as “Bob from Accounting” was said to lurk, asking passersby his questions three about your weekend, what you did, and what you thought of the weather.