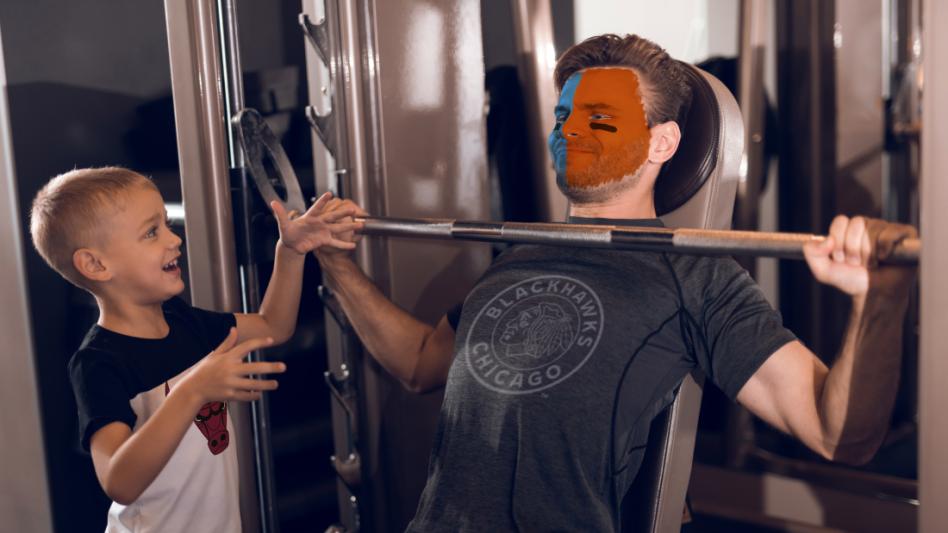 LAKEVIEW — Despite making strides toward a healthier life during Chicago's shelter-in-place order, Lakeview resident Chandler Landis, 37, has admitted this week that he would trade it all for even a single professional sports game. This shocking development comes via Landis's twitter, @SuckADitka, where he reported that even though his physical fitness and mental outlook were at an all-time high, he “would put all the lbs [sic] back on to hear Pat Foley's voice again.”

Landis has lost 28 pounds since mid-March when he and his wife began sheltering in place in their three bedroom Lakeview condo with their two children. He credits the weight loss to a combination of cardio, yoga and a renewed interest in home cooking. Still, he admitted that he would “eat a whole sheet cake filled with pennies just to see Mitch Trubisky throw an overtime pick-six.”

“Shrink says it’d be ‘unethical’ to help me black out until Opening Day,” tweeted Landis, receiving three likes, his most to date. Landis started seeing a therapist at his wife’s request in an effort to improve his mental health alongside his physical fitness. And at his therapist’s recommendation, Landis has also started meditating daily, which he credits with reducing his stress levels. Still, he explained that he “would drink a flat Old Style from Corey Crawford’s still-warm jock strap to see the Blackhawks win four of their remaining eleven games before failing to make the playoffs.”

“Even as stressful as the pandemic can be, I don’t think I’ve ever seen Chandler smile so much,” said Landis’s wife Lindsay Smith-Landis, 34. “We’re communicating better than ever, and he’s even picked up a new woodworking hobby.”

Smith-Landis also observed that her husband’s increased well-being has also had a positive impact on their marriage.

“Honestly, our love life has never been better,” she said. “We weren’t even this frisky in college. When Chandler is walking around in those tight little workout joggers I just can’t take my eyes off him.”

“And nothing is sexier to me than when he’s being a great dad to our kids” Smith-Landis continued. “He takes the boys outside to play and I want to lead him to the bedroom right then and there. It’s so cute when they wrestle in the yard.”