The CTA Holiday Train is Back, and This Year’s Theme is Presidents Day 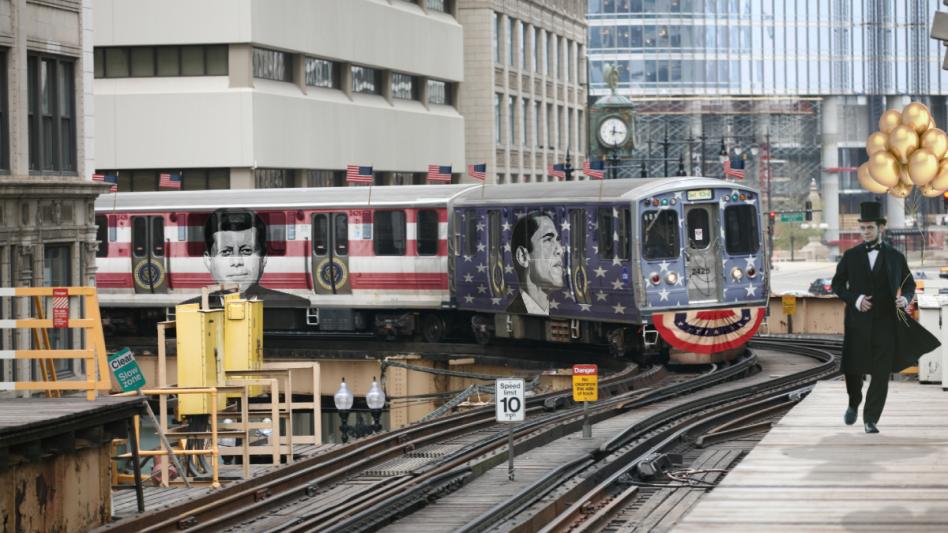 CHICAGO — The CTA Holiday Train is back and as it makes its merry way around the city, fans of the festive train are wondering “what will this year’s holiday theme be?” Well good news: it’s Presidents Day!

This year's train will not only feature a spectacular light display, but also quiet reverence for the men who have served this nation as commander in chief. The train will travel all the CTA train lines from now until the week of Christmas, which has been the theme for the last several years.

“We’re excited to introduce that this year’s Holiday Train will be a celebration of our nation’s third favorite February holiday: Presidents Day,” said Mark Westinghouston, 48, director of public relations for the CTA. “Presidents Day is a day where we come together to...I guess remember that we have a president? Remember presidents that have died? Either way, Chicagoans are going to love this year’s train.”

The Presidents Day train will feature red, white, and blue lights and interior decorations based on the Oval Office. On a special open-air car, a rotation of president impersonators will be riding in a vehicle from their time.

“We’ve got Washington standing in a boat, crossing the Delaware; we’ve got Lincoln in a carriage; and we’ve got a Taft sitting in a big ol’ bathtub.” said Westinghouston. “We were going to do Kennedy in a Continental, but our Kennedy dropped out because it ‘made him uncomfortable.’”

Chicagoans of all ages are always thrilled to get a glimpse of or ride on the festive train, and while the CTA has assured this year's Holiday Train theme will still appeal to the child in all of us, this train will definitely be more suited to adults.

“We’ll admit the old theme was a little too cutesy,” said Westinghouston, “this year’s train will include real insights into the men who lead this nation. Passengers can sit next to a U.S. Grant who will drunkenly tell them about the horrors of a Civil War battlefield, or sit in the back car where Harding will be presiding over a laudanum-fueled poker game. These were complex characters and we want people to step off the train filled with knowledge as well as wonder.”

“I just love the Holiday Train,” said Alice Bowser, 63, a retired county clerk, “I take my granddaughters every year when the train is on the Blue Line. I just can’t wait to get their picture hugging Santa…sorry, Mr. Lincoln. Honestly, they’re five and six, I’m probably going to just tell them Santa lost weight and started dying his hair, just like their grandfather did after the divorce.”

Expect to see the Presidents Day Train rolling through Chicago soon, and remember to weigh in on what next year’s theme should be via an online survey on the CTA website. According to Westinghouston, the current favorites to win are April 20th or St. Patrick’s Day.