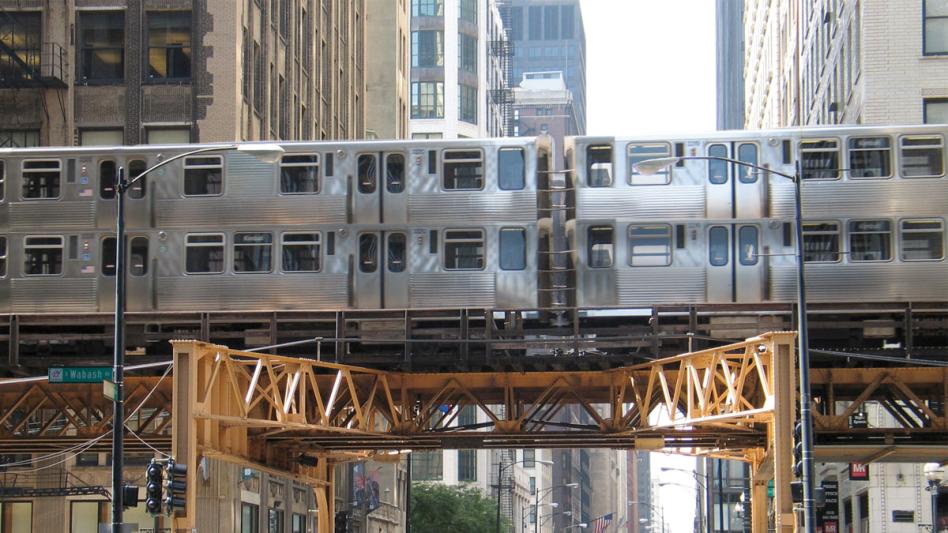 THE LOOP — In a surprising blast from the past this week, the CTA reintroduced its early-‘50s “double decker” train design to cope with a massive upswing in ridership.

“It’s a bloomin’ good thing we still ‘ad a few of these beauties lyin’ about, or we’d be in a right jam, we would,” said CTA engineer and devoted Chicago native Percival Buckinghamshire, 76, during a press tour of the cars. “Our present-day rolling stock in ‘Jolly Ol’ Chicago Town’ simply cannot ‘andle this spike in demand.”

The beautiful double-decker cars, which have been preserved as historical artifacts, feature a complete second level that more than doubles each car’s occupancy. The restored vehicles will sport their original wood paneling, brass fixtures, and even window curtains in some cases.

As we walked up the wrought-iron spiral staircase on our tour, we asked Buckinghamshire about the origins of the design, which seemingly mimics the classic British double-decker bus. “Oh, aye, they do look bloody similar, don’t they? I’ve never noticed,” Buckinghamshire replied, tugging thoughtfully on his tweed cap and chewing a limp cigarette. “But no, the double-decker is a Chicago invention. Wouldn’t be surprised if those limey blighters ripped our idea off, in fact.”

Chicagoans everywhere seem excited about the rollout, although some are concerned about the cars’ compatibility with other rail infrastructure. “They look really nice, and the trains are so congested, we really need this,” said Jenna Horner, a graphic designer who lives in Wicker Park. “But have they tried to fit one of these things in a subway?”

For his part, Buckinghamshire was confident that wouldn’t be a problem. “Subway? What, bleedin’ undergound trains? Are you daft? No, Chicago doesn’t have any o’ those. It’s L for ‘Elevated,’ innit?”  He smiled confidently as he patted the nose of the nearest railcar. “Don’t you worry, love. Not a bother.”

The new cars will begin their service in mid-August, which should give engineers like Buckinghamshire time to put them through their paces before Chicago’s busy passengers line both floors. “While we’re excited about the change, there’s a lot to get ready,” said the CTA in a press release on Monday. “In the meantime, we’re calibrating steam valves, selecting the perfect blend of coal, and training a small army of soot-stained but plucky street urchins to maintain the engines for these majestic machines.”

We look forward to riding in one of these Chicago icons soon. And in the meantime, as we always say, “mind the gap!”