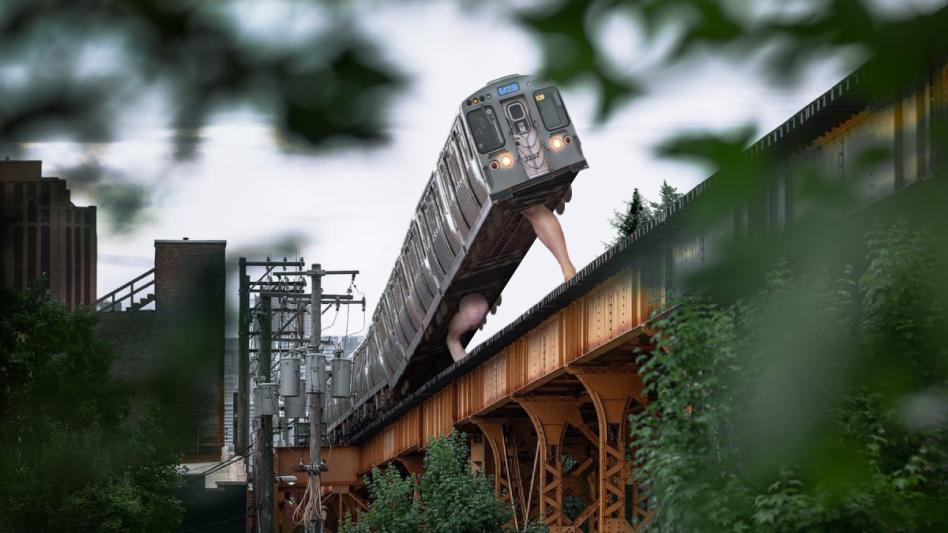 WICKER PARK — While approaching the Damen stop, passengers aboard a Loop-bound Blue Line train Sunday reported that the train suddenly stopped and lifted up in the air while waiting for signal clearance. Onlookers would later confirm that it had stood up on two humanesque legs.

“I didn’t think the announcement ‘standing for signal clearance’ was a literal thing,” said onlooker Ricky Martin (no relation), 55. “I figured it was code for waiting for the driver to sober up or something. But nope, there it was, standing up on two beautiful gams.”

The CTA released a statement saying that this is a regular occurrence and nothing to be concerned about.

“It was just stretching its legs,” recounted Dennis Zimmer, 45, train operator, as he was hanging out of the cabin window of his Blue Line ‘L’ train. “You try being on all fours all day long without getting up and no bathroom breaks. Ah shoot I have to go, I’m expected at Clark and Lake in 20 minutes and I want to be weirdly early to throw everyone off.”

Before we could ask about the bathroom stuff, Zimmer then pushed his window closed and began departing, while petting his dashboard and clearly mouthing “good boy”.

“That train ride where it stood up was actually my first experience in Chicago,” said passenger Mindy Rogers, 32, a urologist with back problems who was visiting from Denver to meet her high school sweetheart she recently reconnected with after they both became single after their spouses both fell out of hot air balloons in unrelated, but suspicious incidents. “So to be honest I thought this was normal for y’all.”

Caption (a tweet from Mindy’s Twitter account posted shortly after the train stood up)
Everyone screaming together on the train while it lifts up into the air <3 <3 <3. Just #ChicagoThings

At press time it was also revealed that any announcements related to wearing a face mask at all times was also just a recommendation for the train itself.