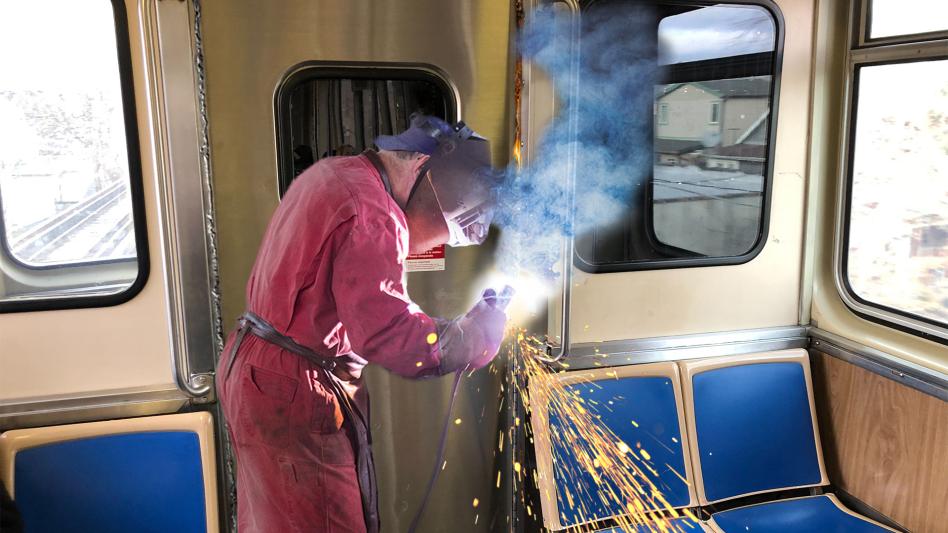 CHICAGO — With driver shortages still affecting bus and train transit times, the CTA is looking for ways to stretch its thinning pool of employees. To guarantee that trains and buses will run frequently and promptly, the CTA has announced it will be welding the drivers’ doors shut, trapping them inside.

“Ok, I can see the looks on everyone’s faces,” said Norman Borle, 53, a spokesman for the CTA who was visibly sweaty at the press announcement for the understaffing solution. “On paper, welding people into rooms looks bad. But the problem is even though we have drivers stepping up to take on more shifts, they do go home at the end of the day and welding the doors shut keeps them from doing that.”

With increases in overtime, safety experts and the general public have expressed concerns about exhausted drivers and potential accidents. Some are even questioning the logistics of permanently sealing drivers inside.

“We’re making sure that driver safety and comfort is considered,” said Borle. “There’s windows, so we can pass them food and water. Ugh, I can tell you all are wondering about bathroom breaks. Look, I don’t want to say it. You’re going to get mad at me.”

“Fine. Buckets. They’ll have buckets. Don’t make that face at me! You’re the people who wanted more trains to run! You’re implicated in this too!”

“I did a total of 75 hours last week,” said Marcia Gale, 33, a train operator. “That’s a long time to be on the job and focused on what I’m doing. I don’t like the idea of being trapped and forced to work even more, but if it means all my family members stop asking me why the CTA is so slow, I’m honestly for it. I don’t control the trains, Uncle Reggie!”

With hiring campaigns still in affect to bring in more staff, the CTA is hoping that driver shortages — and driver imprisonment — will only be temporary.

“We’re just talking about a couple of months welded into a control room,” said Borle. “Like doing a prison sentence for hitting someone with your car. Not too bad, right? I think we can agree that making drivers do basically four months in solitary is worth not having to wait for 20 minutes for an Orange Line to Midway.”

The CTA will be welding doors on trains this weekend, and has announced it recently found a solution for trapping bus drivers: tying them to their seat with a big belt with a padlock on it.