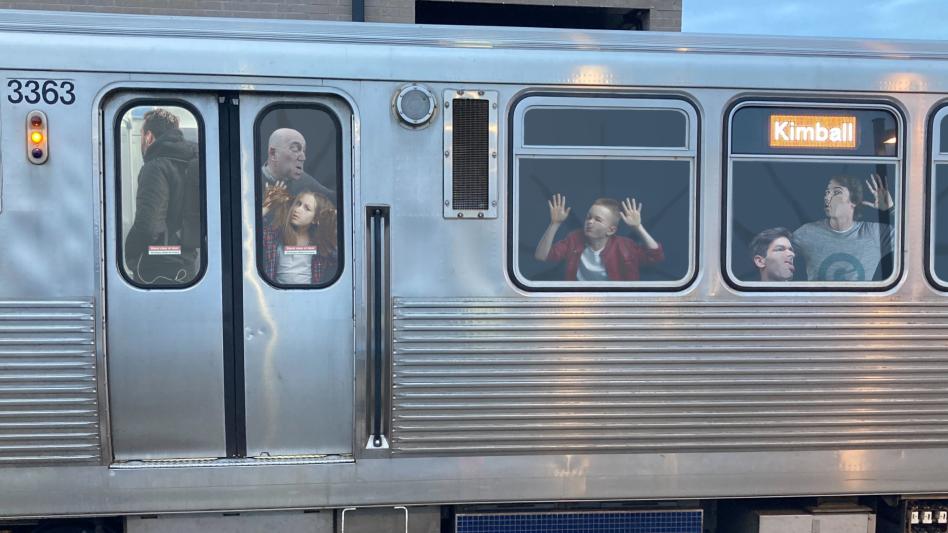 THE LOOP — Commuters hoping to board a northbound purple line train today at Merchandise Mart were shocked to find one car inaccessible because of the bad behavior of a fellow passenger. The rider, an unknown man described as being “one of those Loop bros,” had taken up the entire train car with his Jansport backpack.

“I saw him getting on at Clark and Lake and as soon as he wedged his way into the door I thought ‘oh boy, here we go,’” said Wilt Hamberlin, 53, a clerk at City Hall, “and when he started to sit down I thought ‘kid, you’d better not!’ but he did, he put his backpack down on the seat next to him and took up the entire car. I ran, but some people weren’t so lucky.”

“I hate when people do that, it’s so rude,” said Natasha Pollo, 38, an office manager returning from work. “There are elderly people and expectant mothers on this train who’d like to sit down, and many of them were crushed to death.”

Many passengers who tried to board the train car being occupied by the backpack found they couldn’t get past the wall of polyester fabric. The CTA has tried to curb this behavior in the past with PSAs reminding people “Your Backpack Didn’t Pay a Fare” and “Packed Backpack? Don’t Be Wack, Have Tact Where Space Lacks, Mac,” but with ridership still down, bad behaviors are on the rise and there’s little the CTA can do.

“We know it’s an irritation when someone has taken up an entire train car with their backpack, bike, or stroller.” said Ben Titmouse, a director of customer relations for the CTA, “especially when those items take up a volume of space that defies everything we know about physics.”

“Personally, I advise people to be direct but polite with their fellow passengers. Don’t be afraid to say ‘Excuse me sir, you’re crushing my legs, could you please stop? I like my legs, many say they are my best features.’ It’s all about communication.”

“That little dipshit had no idea what he was doing,” said Hamberlin, “selfish people like that never do. We could have yelled at him till the cows came home or his backpack forced all the air out of our lungs, wouldn’t have made a difference. He was wearing those damn little ear-pods. He couldn’t hear the screams!”

Our investigative reporter for Chicago Genius Herald tracked down the backpack wearer as he attempted to shove his backpack through the door of a three-flat walkup in Lakeview. According to the backpack wearer, the backpack was vital for him to bring on the train, as it contained his lunch (eaten during his break at work) and a water bottle.