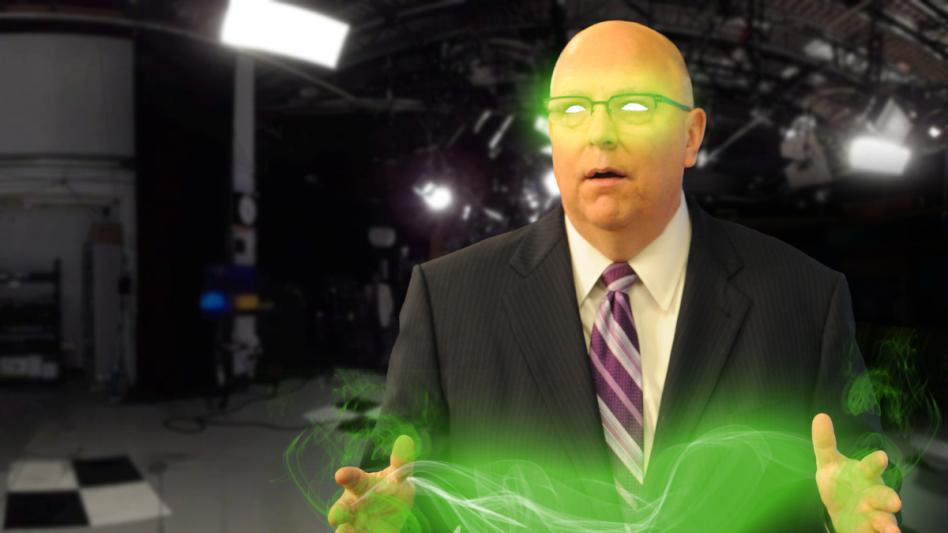 WGN WEATHER CENTER — Calling upon the forces of nature Monday, Tom Skilling, arch meteorologist for WGN News, summoned a large snow storm to bear down on the city of Chicago. Skilling, who earned his magic powers over weather with his degree from the University of Wisconsin-Madison, deemed the 2020-2021 Winter too warm for his liking.

“This mild winter has made you all soft,” bellowed Skilling, standing in front of his green screen, his eyes glowing green and therefore invisible to the loyal channel 9 viewers at home. “Let the Canada Goose jackets be taken from storage. Let the snow times come to pass!”

The building then shook and the overhead lights flickered on and off as a powerful vibration came and went.

Upon cutting to a commercial break, Skilling collapsed in his chair and received a solid thumbs up from nearby anchor Ray Cortopassi.

“Tom is great.” said Cortopassi, tapping some papers on the anchor desk. “I think the way he uses magic to create the weather makes for very accurate predictions. That’s what makes our team so dynamic. And the way he protects Chicago from the Northward drift of the Enfield Horrors using his ice powers on his off time is also ultra-nifty. Go newsteam!”

Skilling then retired to his candlelit office spire above the glassey facade of the WGN studios, placing his crystal necklace on an altar containing the finger bones of past Chicago weathermen.

“Of course the first of us was WLS-TV's John Coleman. In the 70s he developed the green screen. That’s not computers - that’s magic.” said Skilling, pouring over a dusty tome. “However, many of our abilities have been lost to time. Last year I learned how to stop the polar vortex on account of I was kind of done with winter. Right now I’m researching an ancient spell to summon a thunderstorm to get out of outdoor social engagements. Anyways I have much work to do.”
As of press time, this Chicago Genius reporter had been blown out of Skilling’s office by a powerful gust of wind.